The Australian professional rugby league club confirmed on its website that Masikau and Sadrugu will arrive in North Queensland for pre-season in November, and the duo will train full-time alongside the Cowboys NRL squad for the duration of the 2022 season.

The club said Masikau and Sadrugu join the Cowboys on Train and Replacement contracts, which would allow them to train alongside the Cowboys NRL squad.

Following the pre-season, both players will be allocated to one of the Cowboys’ three feeder clubs in the Queensland Cup, but will remain training alongside North Queensland’s NRL squad mid-week, the club adds.

Cowboys recruitment manager Dane Campbell commended said Masikau’s skills saying he could handle playing any position in the back five.

“He has shown a high level of athleticism and is defensively willing, which we are confident will transfer well into rugby league,” Campbell said in the club statement.

As for Sadrugu, he said the 2020 Suva Rugby Player of the Year was a “very tough competitor who enjoys collision and will be trained as both a middle and edge forward”. 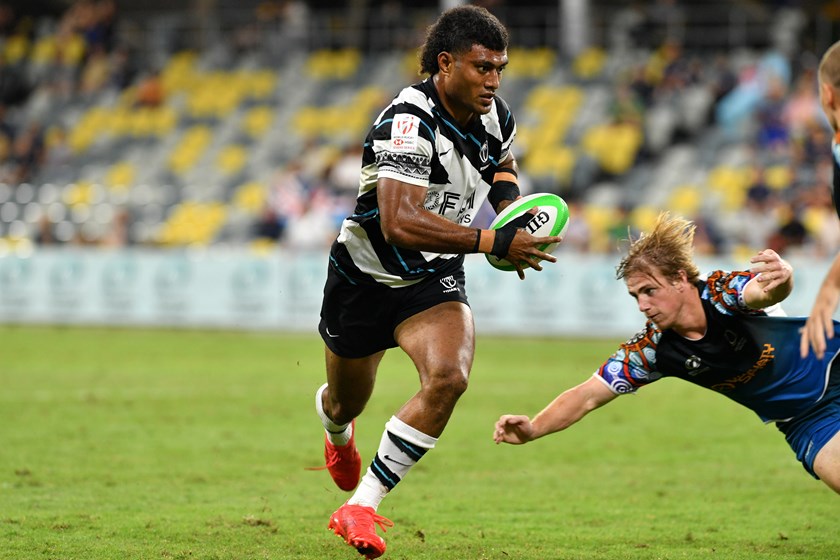 “He (Sadrugu) has good speed and comes to us highly regarded in rugby sevens circles, so we are looking forward to seeing him transition and develop his game at the Cowboys.”

According to the club, 23-year-old Masikau shapes as a versatile outside back in his transition to rugby league and will spend time training at wing, centre and fullback.

And Sadrugu, who it says has played the majority of his rugby career as a flanker will be trained as a forward upon joining the Cowboys.

Both players have had a taste of North Queensland life as members of the Fiji squad for the recent Oceania Sevens in Townsville, Cowboys says.