Father Kevin Barr – A leader with a vision

Father Kevin Barr for years, lived on the periphery of society – literally. His mission was always among the poor and when he moved out of the MSC community of priests – Kevin set up home at Marata, Wailoku, among the descendants of Solomon Islanders who came into Fiji as labourers. Picture: SOPHIE RALULU

When Kevin Barr arrived in Suva in 1980 to teach at the Pacific Regional Seminary, he was immediately struck by the social issues which cried out from the streets of Fiji’s cosmopolitan capital.

Set against this city of vibrant and varied colours, fashions, cuisine, languages and people was the dark underbelly of crime, poverty and intolerance.

On the same streets of Fiji which Pope John Paul II declared was the way the world should be, dwelt beggars, prostitutes, shoeshine boys and the homeless.

Kevin’s initial mission as a teaching priest of the Missionaries of the Sacred Heart took an immediate twist which would slowly, but surely, take him on a more personal crusade among the underprivileged. 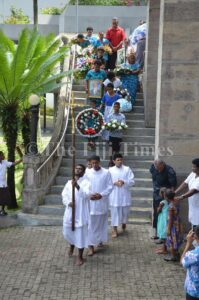 It is a crusade which would cause friction between him and his community, the government, the media and the captains of industry.

But this Australian priest would never step away from a fight and would typically respond directly from the heart in a manner which would catch many off-guard.

“I ask questions, I express my opinions and I hope that it is accepted in a good way,” Kevin once said, in an interview after running into trouble with the government.

“I think I have to accept criticism. Even though I’m not right all the time… I also have to try to be critical, where necessary. If that’s taken the wrong way, I’m sorry.” 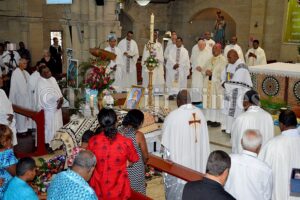 Never known for his diplomacy, Kevin could be abrasive in his zeal to reduce poverty and bring about an equitable distribution of wealth is his new home.

“This government is more and more declaring itself to be anti-poor and anti-worker and that is very sad for those who had hoped that greater economic justice might be championed in our country,” was how he described one of Fiji’s governments.

Long before Pope Francis exhorted Catholic priests worldwide to become more aware of the needs of the people and understand their concerns, Kevin had taken the leap and lived among the homeless.

He took shoeshine boys and the homeless off Suva’s streets and into his home at Denison Rd to provide safety, love and a sense of self-worth and belonging. 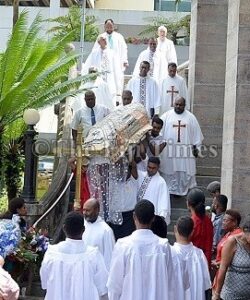 That simple act led to the building of the Chevalier Hostel on Rewa St.

But Kevin was to find that on its own home would not break the cycle of poverty or allow independence for the people of the street.

The Chevalier Farm at Wainadoi in Serua would become the focus of his attention for several years.

Now operated by the Missionaries of the Sacred Heart, this farm provides a safe home, learning opportunities and teaches skills in carpentry and animal husbandry.

It provides the means by which young men can become financially stable and return to society with renewed purpose. 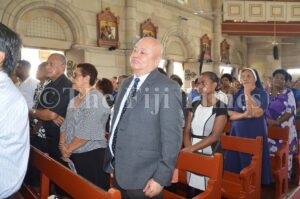 On a secondary level, the farm also provides financial sustainability for the MSC community.

Uncomfortable with the seminary life of philosophising and book learning when people were so obviously suffering, he spent more and more time bringing a practical theology to the church.

This was Kevin, in gumboots, in the farm among the smells of freshly turned soil, the pigsty or among the shoeshine boys and the smells of boot polish and the exhaust fumes from the passing traffic.

Pope Francis would call for priests to take the healing of God’s grace to everyone in need, to stay close to the marginalised, to be shepherds living with the smell of the sheep.

That was Kevin in the 1980s – already way ahead of the curve on the issue of social justice, making as many friends as he did enemies with his straightforward approach.

After the 1987 coup, Fiji plunged into an economic spiral as previously friendly nations imposed economic sanctions and trade restrictions. 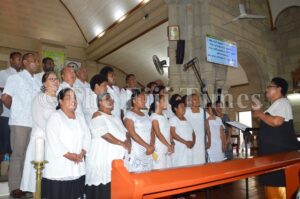 Enter Father Kevin Barr – a champion of the workers and the  trades union movement, the bane of unscrupulous employers and money-centred governments.

His common, thoughtful approach to the poor gave him the  vital statistics which showed how the unfair distribution of wealth and failure to pay just wages had led to poverty.

Through the Ecumenical Centre for Research, Education and  Advocacy (ECREA), he wrote books, papers and lectures making the compelling argument for an end to poverty through just  wages.

In a tribute to this people’s priest, former Prime Minister, Mahendra Chaudhry said: “The workers of Fiji have lost a man who stood by their side in all their struggles for a fair wage. 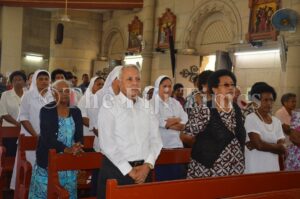 “He has worked arduously, behind the scenes since then,  compiling reports, conducting surveys and speaking out publicly against the suppression of fair wages for low-income workers as the main cause of Fiji’s rising levels of poverty.’’

The National Federation Party’s Dr Biman Prasad, an economist  of note, described Kevin as one of the foremost social justice advocates and champions of social, economic and political justice in Fiji.

In fact, so highly was he recognised that Kevin was appointed  by Fiji’s current Prime Minister to head the 10 wages councils and explore ways to bring about a more financially equitable nation.

It became all too clear, all too quickly, that employers would not accept the 10 new Wages Regulations proposed by the council.

He believed that the government allowed the council to be dominated by some employers who place profits ahead of people and Kevin refused to participate further in what he regarded as a farce.

He told The Fiji Times that employers were given utmost priority while workers suffered.

And then he quit to concentrate on providing homes for the people of Jittu Estate.

For years, Kevin lived on the periphery of society – literally.

His mission was always among the poor and – when he  moved out of the MSC Community of priests – Kevin set up home at Marata, Wailoku, among the descendants of Solomon  Islanders who came into Fiji as labourers.

This community has often been referred to by sociologists as the marginalised of Fiji’s marginalised communities. 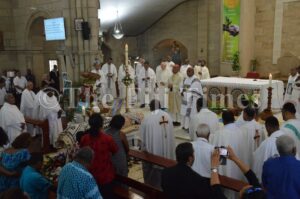 Later in life, Kevin would move just up the road but still in Wailoku among his new, Fijian family.

It was from this home that he penned the now infamous letter on attempts to change the Fijian flag.

With his knowledge of the workings of the industry and its  hold on government, aware of growing Chinese influence on Fiji’s economy, he suggested sarcastically that Fiji adopt China’s flag.

By then, Bainimarama must – like Henry II of England – have thought to himself: “Who will rid me of this meddlesome priest?”

The public response was immediate with crowds gathering outside his Wailoku home to provide comfort and support.

Ultimately, Bainimarama withdrew his orders and Kevin was allowed to stay.

Living on the periphery, Kevin was drawn to the plight of the  squatters at Jittu Estate and entered into the final chapter of his social justice crusade – better housing for the underprivileged.

Perhaps history will not judge him kindly on this chapter of his life.

It is unfortunate that many who were close to him tookadvantage of his concern for the poor and manipulated this to their advantage.

To the end, however, the poor were foremost in his mind and heart.

Kevin wanted social justice and concern for the common good to become new priorities of an economic system suitable to the needs of Fiji and the Pacific.

A system which puts people first.

He yearned to address the root causes of racism and corruption through a  community which had the courage to seriously address economic systems at the centre of so much poverty and inequality.

In Kevin’s own words, this is what a just society in Fiji should look like.

A just society is people-centred,
the rights of all are respected and protected.
It is inclusive and recognises
the place of women
the importance of youth
the special needs of the poor,
the multicultural and multi-religious nature
of society.
Its economy works for the benefit of all –
not just the few.
Its wealth is redistributed in such a way
that all benefit
and poverty and gross inequality are eliminated.
It is motivated by communitarian values of
compassion,
caring, sharing and concern,
and is built on the appreciation that
all its members form one family.
It respects and protects the environment
for the good of all now and for future generations.
Thus racism, sexism, discrimination, exploitation,
greed and selfi shness are replaced
with love, service, respect, understanding
and concern for the common good.
In Matthew’s gospel, Jesus called on his disciples
to be salt of the earth and light of the world.
That was Kevin, a good and honest man, an
example for us all to follow.